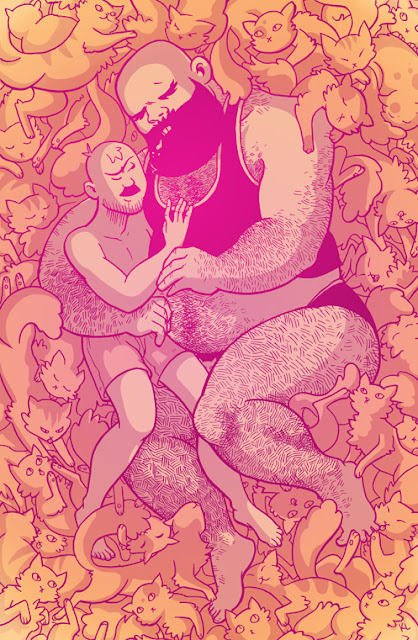 Pin-up for the wonderful comic Wuvable Oaf by Ed Luce. The latest issue made me extra mushy, so I really wanted to do something super sweet. Also kitties, all of the kitties. I made a black&white version too: 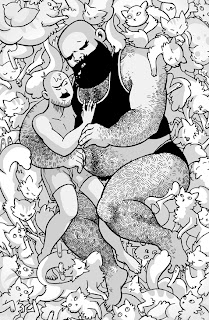 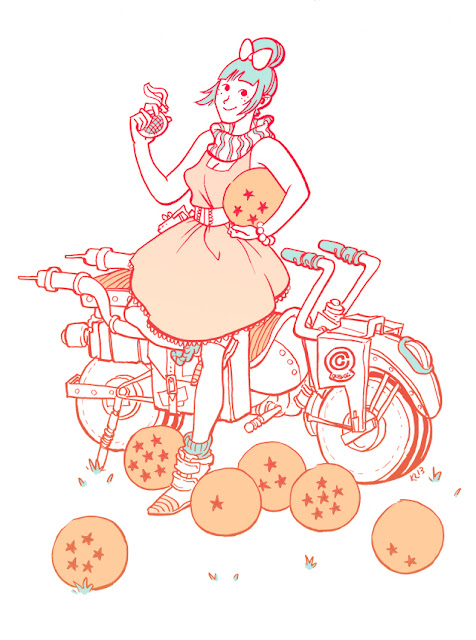 Quick Bulma sketch from the other night that I ended up coloring. Drawing Dragon Ball Z characters back in elementary school is what really got me into making comics in the first place. <3 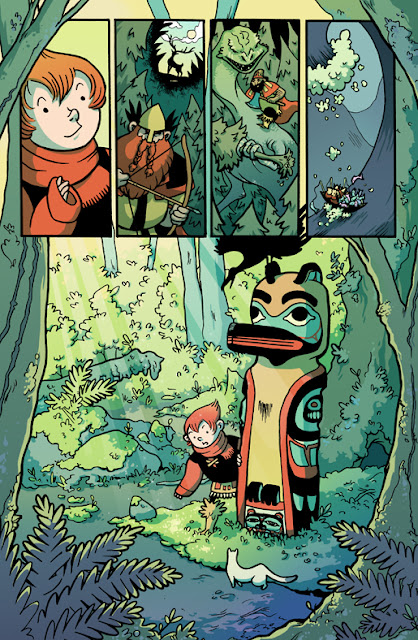 Aaaaand, oh, it's my secret project! My first fully colored comic!!! It's just seven pages, but I've put tons of work into it. I won't say anything else about it yet, but I couldn't wait to share some.
Posted by Katie Longua at 4:49 PM No comments: 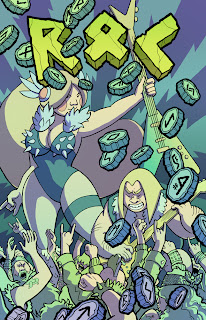 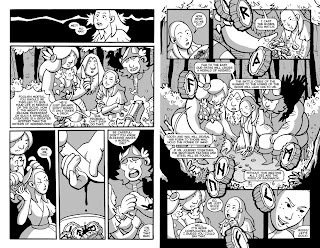 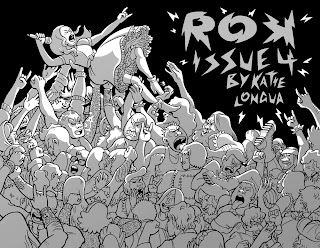 ALL OF THE RÖK!!! And the origin of Odin's hurdy gurdy!

It is a super exciting month for RÖK, the new issue will be out at the end of the month! You can watch me ink a page from it in this awesomesauce video:

At the Alternative Press Expo there was a new RÖK comic that untill now hasn't made it to the internet! RÖK MINI!!!! Its a miniature sized 12 page issue of RÖK with three rather goofy (but totally metal) stories with all your favorite characters from the series! 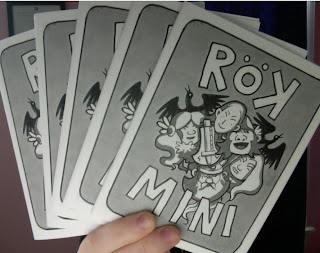 You can go pick it up along with the other RÖK issues on my Etsy, here. However, I'm posting the first story from the comic, about the origins of Odin's mighty hurdy-gurdy, online right now! YAAAY! Without further ado, RÖK MINI: 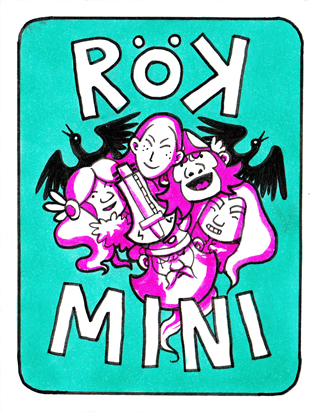 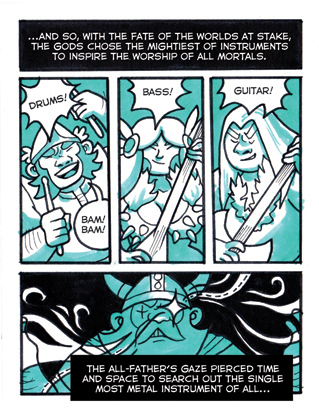 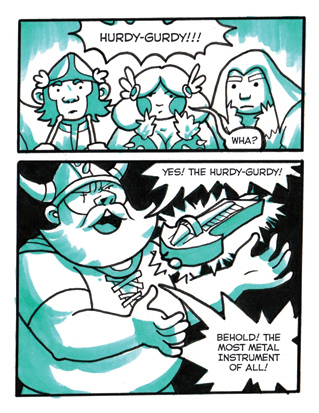 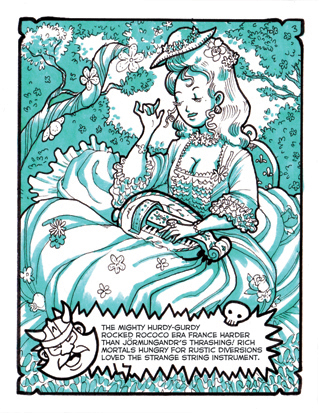 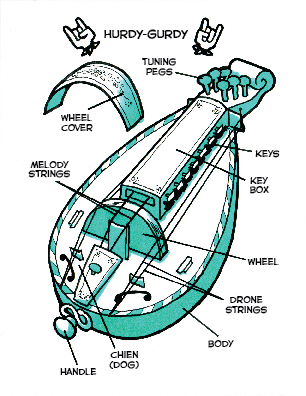 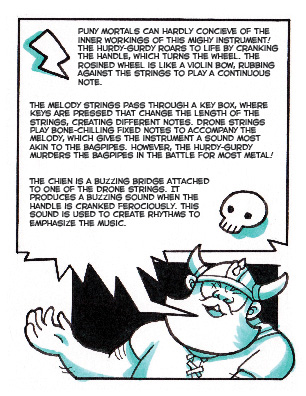 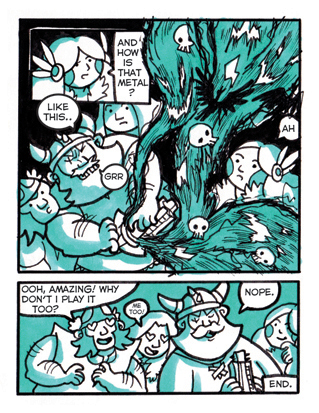 Cover I did for the band Guy Fox. You can hop on over to their website to listen to the single! I've been meaning to try it out as a GIF for a while.. I'm a big fan of glowy things. 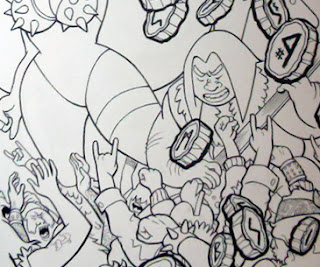 From earlier this week on Twitter~! So much RÖK on the way!
Posted by Katie Longua at 12:32 PM No comments: 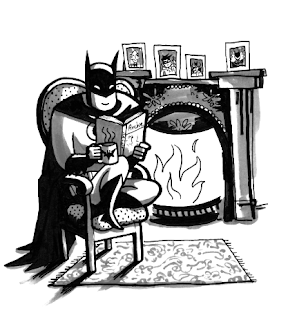 Super fun little illustration for the Golden Gate Xpress, check it out here!
Posted by Katie Longua at 3:47 PM No comments:

I decided to try making an animated GIF. It looks mostly like Goku's hair is doing a little jig on top of his head instead of waving in a breeze.. Oh well, it was a good first attempt. :P

Posted by Katie Longua at 6:11 PM No comments:

The big ol' exciting commission I've been working on finally made it to its owner, so I'm posting about it here! They requested a dino rock band theme, so we decided to make it an awesome band poster! So many things I like! 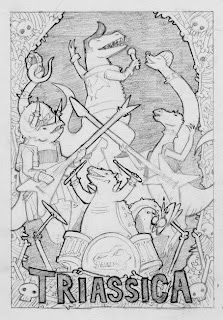 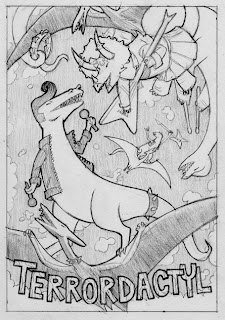 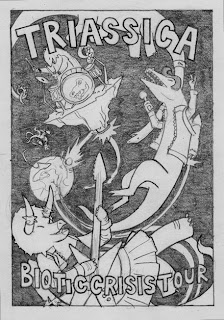 They decided on dinosaurs in space, which is an even greater combination of things I like! Woo! Although I still really like the other two roughs as well. Maybe the world needs even more fake dinosaur band posters...

Anyway, to the inks! 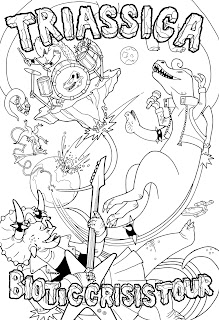 I had pretty well developed roughs already, so not to big a change. I just shifted things around to fit the composition better. Also I decided to hide a little nerdy reference in there. :P

AAAND, THE MOST EXCITING PART!!! COLORS! 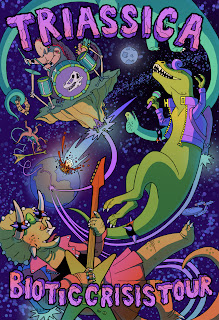 Supaaah bright and crazy, as usual. Overall it was a really fun project. I'm very thankful of all the people in the world who decide their walls need awesome rockin' out dinos.

While I was researching this project, I actually discovered there was a real dinosaur band... Hevisaurus!!! They're a Finnish heavy metal band for children. All the band members are super cool dinosaurs. I'm 100% a fan of all these things.

See you next time!

Posted by Katie Longua at 9:52 PM No comments:

Katie Longua
Crafty nerrrrd makin' my way as an illustrator and comic artist. My secret identity is a dinosaur. RAH! You can say hi to me at katie@klongua.com orrrrr.. twitter! @katiesaurusrex